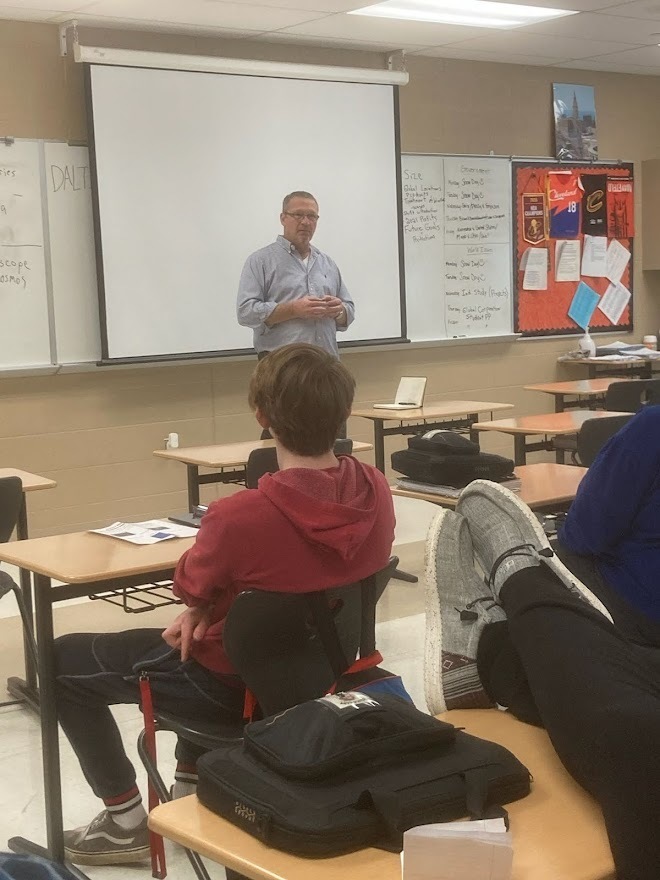 High school students in Mr. Hendrix’s history class recently learned about globalization from a local professional who has seen first hand the impact it can have on industries and communities across the globe.

Jerry Reedy is a production manager with Kohler Co., which is most well-known for its plumbing products. He previously worked as a plant manager with American Standard when the decision was made to move the operation to Mexico. Reedy shared the effects this had on Seneca County.

Additionally, he highlighted for students his experiences traveling to countries such as Mexico, Indonesia, India, China, Vietnam and Thailand. He discussed the different customs of each nation, including average wages, and detailed the pros of globalization for the United States.

This is one way Seneca East is expanding student learning beyond the classroom!