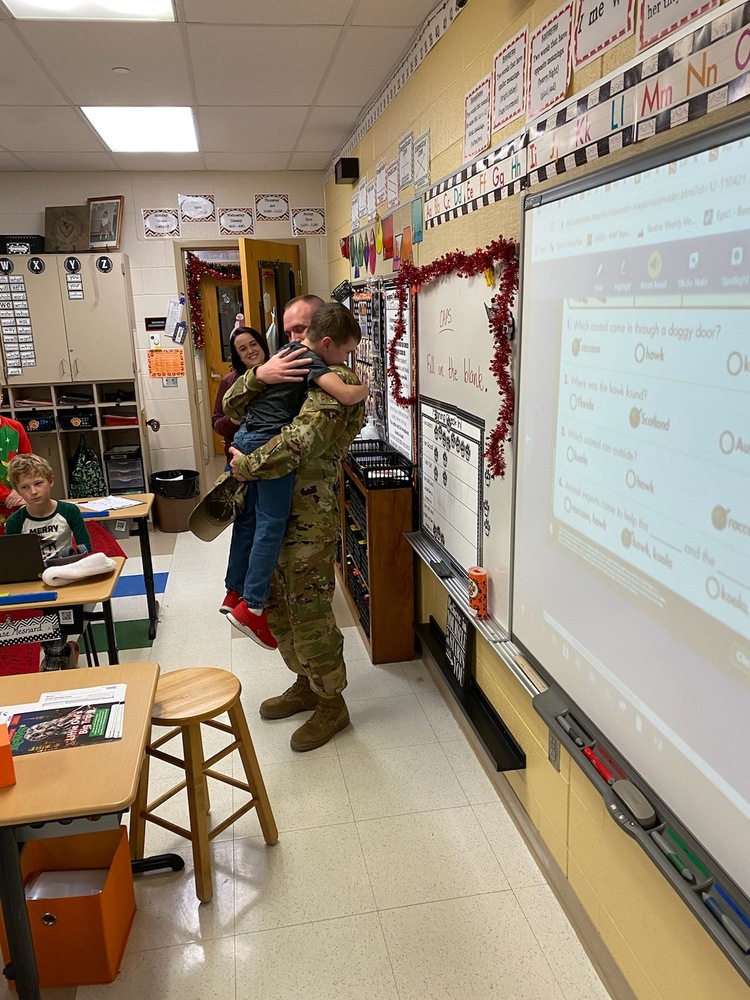 Seneca East second-grader Noah received the gift of a lifetime in December — just in time for Christmas.

As the holidays approached, Noah shared his sadness with friends and teachers over not being able to celebrate with his father, Andy Bish, who was serving his third tour overseas. Little did he know, school staff had received news that his father, whom he hadn’t seen since July, was released early. They were more than happy to help orchestrate a surprise to reunite father and son.

Bish came straight to the school from the airport, and appeared in the classroom to the shock and surprise of all students, but most of all Noah.

Thank you for your service, Andy, and we hope you and your family had your best holiday season yet!